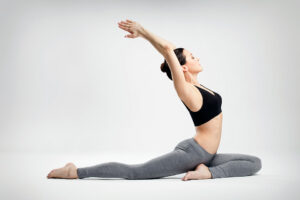 Misconceptions about the imperfection or injustice of the world and https://www.julianalucky.com/post/mom-and-toddler-yoga-10-best-yoga-exercises-you-can-do-with-your-toddler often arise simply because we are unable to fully trace the cause-and-effect relationship. The simplest example is this: A man goes out without tying his shoe laces. After a couple of minutes, he falls down. Talk about some kind of bad luck here is not necessary – everything is obvious. However, in more complex situations, where the connection between cause and effect often stretches over years, decades, or even several lifetimes, we are in the dark about the causes of this or that accident, and this gives us the illusion that the world is not subject to the laws of logic.

Avayakta in Sanskrit means ‘unrevealed. If we talk about the simple, everyday manifestations of avayakta, we are talking about superficial judgment, hasty conclusions, labeling, and formulaic thinking. The legendary philosopher Socrates was very precise about this: “I only know that I know nothing. The belief that we know all the intricacies of this or that situation, that we are aware of all the causes of what is happening, and that we fully know how the world works–this self-confidence often leads to disastrous consequences. And the reason for this is avayakta – hidden, undetermined phenomena of nature. 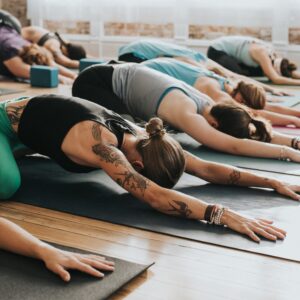 In yoga, achieving the state of Samadhi is considered one of the important stages of development. The fact is that only after reaching Samadhi is it possible to judge something with conviction and draw conclusions. It is only in Samadhi that one fully sees all the cause-and-effect relations and laws by which certain phenomena occur. Before that, any concept remains only a hypothesis with a varying degree of confirmation from personal experience. But, in one way or another, we may all be deluded.

Shakyamuni Buddha called avidya, ignorance, the root of all obscurations. Somewhat reminiscent of the term ‘ayakta’ – the ‘a’ in front of the word ‘vyakta’ (‘manifested’) means denial of this quality. Vyakta is the manifested world, which can be compared to the tip of an iceberg. However, judging the size of an iceberg by its top is a big mistake, and many seafarers have been convinced of this.

Just as a ship is heavily punctured simply because the captain has not calculated the possible size of the underneath part of the iceberg, so too we often judge a situation without considering the possible unrevealed aspects.

If we talk about ayakta in an esoteric context, we are talking about phenomena that are not perceived by the senses, that is, something transcendent, phenomena that are beyond the material world. In this context, avayakta is only comprehended through spiritual-mystical experience.

For example, when talking about the human energy body and the chakra system, up to a certain point we simply accept the existence of prana, chakras, and so on. Because it’s an avayakta – not manifested on the material level. And only with experience in practice, be it hatha yoga, pranayama or meditation, 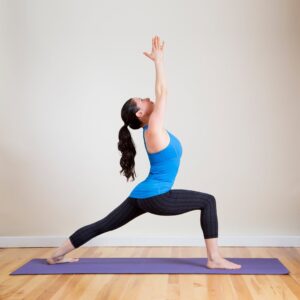 can we see at first hand how energy moves through the body, how it manifests itself and so on.

At one time Shakyamuni Buddha urged us not to take the word of anyone, not even him, but to check everything by personal experience. He even compared his teachings to a piece of metal that looked like gold. He said that we should be like the merchant who buys this gold – only after proper verification should we believe that there really is gold in front of us.

And avayakta is precisely the area of knowledge in which blind faith leads only to dogmatism and fanaticism. Many manifestations of ayakta can be found in the scriptures, most of which relate to the unrevealed, spiritual world. And a person who has not yet had personal experience of interaction with the subtle world is left either to verify what is said from personal experience or to believe blindly. And the first option is more constructive. Without personal spiritual-mystical experience, the perception of ayakta remains nothing more than children’s belief in fairy tales.

Thus, avayakta is something unrevealed. In the context of everyday life, it is reasons that cannot always be discerned at first sight. The awareness that we do not always have a complete picture of a situation or phenomenon allows us to make more informed decisions and draw conclusions. In the context of yogic practices, an avayakta is that which is not accessible to the senses. For example, the human chakra system. There is no way dissecting a person’s body will prove that these chakras really exist. But ordinary practice of pranayama with at least some proper regularity would make sure that prana and chakras really do exist. Thus, avayakta can only be realized through personal practice. Otherwise, it remains a theory, a version, a dead philosophy, not applicable in real life. Most importantly, it is more difficult to deceive a person who has personally experienced the Avayakta and to change his mind about what he has learned through spiritual practice. An astronaut who has been in space and seen that the earth is round would find it difficult to prove that it stands on three elephants.