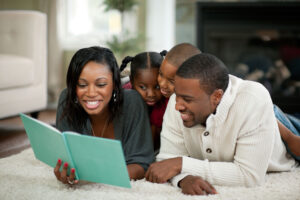 Is it really easy to raise a bilingual? Practical advice.

More than half of people in the world are bilingual, that is, they can communicate in several languages. Many of them are the so-called balanced bilinguals, they learned a second (sometimes even a third) language in childhood, immersed in communication with native speakers and becoming closely acquainted with the cultures of the peoples who speak these languages. These bilinguals consider both languages ​​to be native and have never studied them as foreign.

Bilingualism can develop in such situations: 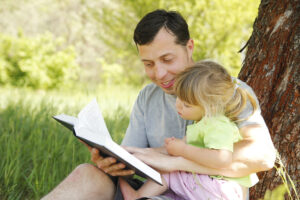 children live in countries or regions where the population uses several languages and read math workbooks;
children are born in mixed marriages, when their parents speak each of them in their own language;
a family with small children moves to a new country, and the children there continue to speak with their parents in their language, and communicate with those around them in the language of the environment;
the language environment is created artificially: parents hire a nanny who is a native speaker of another language, send them to a truly bilingual kindergarten or just to a kindergarten, where all the time they speak with their children in another language.
In almost all of these cases, as a result, when the child grows up, as a rule, the main language of the environment is “in the lead”. After all, he speaks on it most of the time. The second language (for example, the language of the parents) is always in a dependent position. And its assimilation depends on the motivation of adults who surround the child.

It is important to remember that in preschool age, a child never learns a language and name tracing for the sake of knowledge itself. After all, he is not yet able to grasp the prospects of mastering two languages.

A preschooler is able to easily learn a second language only if he needs it to communicate with loved ones or is often needed for the game process. 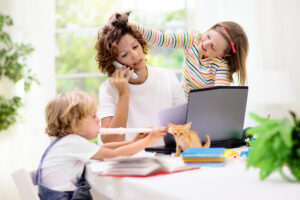 1. Parents themselves lose motivation. For example, for some reason they stop speaking with the child in their native language and after moving they switch to the language of the environment.

2. Parents introduce a second language late (for example, only at the age of 4–5 do they start talking to their child in their native Tatar language), and the child refuses to speak it, protests. After all, he did without this language and does not understand why everything is different now.

3. Parents do not develop an interest in culture and duly noted, in the study of science in a second language, do not help the child to make friends who speak it. Then the child owns only a basic, everyday level. At some point, he begins to lack words for full-fledged communication, so interest in the language disappears.

How to help a bilingual maintain a language

It is necessary to immerse the child as much as possible in all spheres of life in a second language; in preschool age this should happen most of the time in a playful way. Reading books and watching cartoons are also great.

In the era of online learning, it is easy to find performances for kids, interactive classes, conversation clubs with native speakers. It is also worth attending offline activities for children if they are held nearby. Or even organize them yourself by inviting guests.