Disorders of school skills is a medical diagnosis. 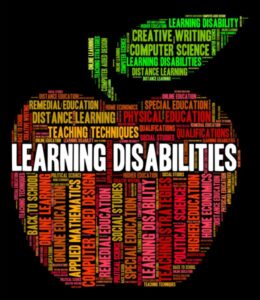 Disorders of school skills is a medical diagnosis.

Disorders of school skills is a medical diagnosis.
Why did geniuses learn badly
“Two again?!” Worried about the grades of their favorite children, many of us do not realize that the problems with learning ability at school can sometimes be deeper than the banal laziness or inattention, low motivation or a sign of protest. The Minsk City Clinical Children’s Psychiatric Dispensary notes that disorders of school skills are a medical diagnosis.

Preschoolers also have some problems – with writing letters, recognizing numbers, speech, but it still says nothing about anything, explains , a child clinical psychologist:

All these disorders occur regardless of mental abilities, environment and experience of teachers. In the risk group – children who have a rather severe history of early development: birth injuries, organic brain lesions, for example. Or hyperactive. But the causes have not been studied to the end. It is believed that at some point there is a change in brain cells – the centers of perception of writing, reading, speech. Heredity also plays a role: such disorders are often transmitted through the male line.

What to advise parents? recommends not to spend time and money on tutors and dragging the Chad for good grades – the result may be zero. It is necessary to apply for a consultation: say, to the psychologist of the children’s polyclinic or the dispensary. If we are talking about a real disease, the disorders are systemic. That is, the child can’t cope with writing, reading, or, for example, mathematics for a long time, no matter how they are engaged with it. Worse, the problems can last a lifetime. That is why it is so important to come to the specialists in time to help you adapt to the situation. An example from life: the actor Tom Cruise is a hereditary dyslexic. As his mother and sisters, he has been bad at distinguishing letters and carving words since childhood. He suffered from the ridicule of his classmates, changed over 10 schools and for some time studied in a special remedial class. They say that even now the texts of the roles are read to him by his assistant. Simply because he himself is not able to comprehend what he has read, let alone reproduce it. But the actor perfectly perceives the text by ear.

Is there any benefit in psychological practices

Are there any benefits in psychological practices

Such diagnoses are quite common, which sometimes surprises Mom and Dad. Minsk Clinical Children’s Psychiatric Dispensary is often visited by parents with children aged 7-9 who do not have a good relationship with their classmates at school. And only in the course of the case they are mentioned that they do not study well. And specialists start to examine and detect systemic disorders of school skills. Recently, they began to apply also because of the reluctance of the child to read – this may also hide the medical diagnosis. There is even a certain seasonality. In November-December more often complained that the child does not fit into the team, rejected by the class, including because of poor performance. And towards the end of the school year there is a general exhaustion of body strength, and all cognitive problems only get worse.

Here, comprehensive assistance is required. On the one hand, medication – drugs to energize brain cells help improve performance, concentration, and so on. On the other hand – remedial classes with a speech therapist or speech therapist-defectologist. The psychologist, in turn, works to improve the emotional state of a student, increasing his motivation and self-esteem. It is very important for a child to be successful. And the main indicator of this at school is the assessment, says https://argoprep.com/blog/learning-disabilities/. Up to a certain age, conditionally speaking, 8 – 9 years old, children in general often evaluate themselves based on the opinion that is formed about them by others. Including a teacher, classmates who also pay attention to their performance. This results in a closed circle. That is why the main task of the psychologist is not to make children think that I am bad because I read or write badly. They do not transfer school performance to their personality. If something does not work, it is trained. It just needs to make more efforts.

For more effect, specialists give parents “homework”, explaining how to train and how to crush this work, taking into account the rapid exhaustion of the child. Fortunately, families are no longer afraid to bring their children to the dispensary. But there are not many requests from the school. As a rule, in a conversation with parents, a teacher is simple.