The third chakra is Manipura 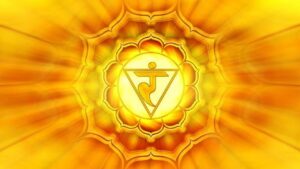 The third chakra is Manipura

The chakra is located in the area of the solar plexus. More information is available here: https://www.julianalucky.com/post/10-best-yoga-breathing-pranayama-exercises. The color of the chakra is yellow. The mantra for the chakra is “Ram”. The chakra is associated with the element of fire, which is very 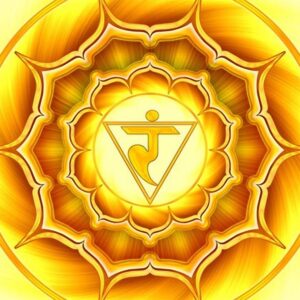 symbolic because it is responsible for material desires and thirst for material accumulation. Just as it is impossible to put out a fire by tossing wood into it, it is also impossible to satisfy material desires by fulfilling them. In the physical body, the chakra is also responsible for the fire of digestion. If a person has a lot of energy in this chakra, then there is a large amount of food consumption and its rapid digestion, a constant false sense of hunger, inability to be satiated with normal amounts of food. In its benign manifestation, this chakra symbolizes a very powerful intellect and the power of the mind. All businessmen, middle managers, scientists, thinkers and so on are on this chakra. In its negative manifestation, the chakra is capable of manifesting greed, avarice, insatiability. As a rule, it is manifested as immoderacy in everything – in food, in acquisitions, in savings. On a higher level of development, greed can manifest itself as accumulation of knowledge: a person aspires to know everything, read all books, listen to all lectures, receive all initiations, but, as a rule, he can’t use it adequately. Leaving the body through this chakra guarantees reincarnation in the world of “prets” – hungry spirits. These are beings who suffer all their lives from a lack of food and other resources. Greed leads to this.