What is yoga asana 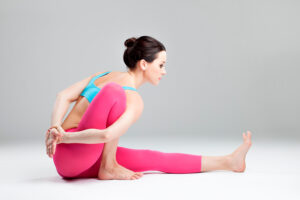 What is yoga asana

The word asana, translated from Sanskrit, means body position, implying a fixed, permanent, established state. Of the various body positions, asana primarily implies a sitting body position (posture) as the most comfortable for carrying out meditative practice. In addition, in the Ashtanga Yoga system, the word Asana signifies the third stage of Yoga, which deals with the different types of Asanas. Asana is inseparably connected with all the stages of Yoga. More information: https://www.julianalucky.com/yoga-for-kids. 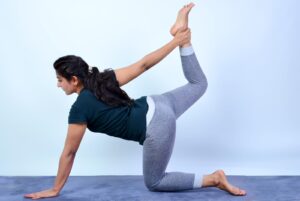 Body position reflects the degree of mastery of the stages of Yama and Niyama and is also a means of self-discipline and self-learning. Without realization in Asana it is not possible to achieve success in the practice of Pranayam, only through correct body posture is it possible to gain control of the Prana. As part of Pratyahara, Asana helps you gain control of your sensations and motor organs. This includes the ability to concentrate energies through Asana at the Dharana level. Asana is also one of the component parts of meditation because doing it correctly requires the mind to be alert and active.

This stage of Yoga is the most widely practiced stage worldwide at the present time. It can be said that in today’s realities, Asana is the outward face of Yoga. In many books and ancient texts it is said that originally Great Shiva, for the good of all living beings, passed on the knowledge of 84,000 Asanas, of which 84 are considered to be the best body positions, while 32 are recognized as the most beneficial for human beings.

In the text of Patanjali’s Yoga Sutras, three Sutras are devoted to Asanas:

“Asana, the posture, should be stable and comfortable” (2.46),
“When the effort or concentration on the infinite ceases, Asana is attained” (2.47),
“After that the dualities are no longer disturbed” (2.48).
This description of Asana offered by Patanjali indicates that Asana is not an end in itself in Yoga, but represents a part of it, a practice through which spiritual development takes place and the health and vitality necessary for it are attained.

The most widely known Yoga texts, such as the Shiva Samhita, the Gheranda Samhita, the Goraksha Samhita, and the Hatha Yoga Pradipika, give more detailed descriptions of the Asanas.

By classification, the Asanas are divided into:

by type of performance – sitting, standing, on the back, lying on the chest, twisting, bending, and inverted Asanas.
by impact: power (active mode of action), flexibility, combination (ha-power, vital energy is the energy of the sun, tha-relaxation is the energy of the moon and it’s mental energy, the energy of the mind. Combination of vital and mental energy).
By task: meditative, calming, invigorating, therapeutic.
When performed regularly, technique improves, the pranic body is purified, the practitioner has subtle sensations and a greater perception of the body. It is recommended not to chase the number of Asanas, but to observe the technical aspects, such as injury safety (warming up, breathing, feeling one’s physical body).

The main aspect of practice is the triple work-body-breath-attention. Asanas need to be built up from the support. Work moderately energetically with the pranic body. Observe the peculiarity of the locomotor activity. There can also be a psychological restraint (visualization of oneself in Asana). As a result, the aging process slows down (Yoga keeps the body young).

There are two types of muscle work: isometric – red muscle fibers are involved, there is a protein – myoglobin, which binds oxygen in the cells of the skeletal muscles and heart muscles, thus providing them with energy for contraction. They are responsible for maintaining posture, posture, allow you to run for a long time, do a lot of repetitions. These are slow fibers (glycogen storage). That is, the stretching is constant and the tone changes through relaxation. They refer to the performance of yoga asanas.

Asanas are static work (breathing, relaxation, awareness), exercise is dynamic work. The heartbeat and breathing slows down in asanas; in exercise it speeds up. Blood pressure decreases in asana and increases in exercise. In yoga asanas, the aging process slows down and accelerates with grueling exercise. Autonomic tone in asanas is parasympathetic, sympathetic tone in exercises.

It should be noted that nowadays it is almost impossible to find a completely healthy person. 90% of people who decide to take up yoga have some hidden or obvious health problems. The potential of yoga as a way to improve the body is really limitless, but there is also an important issue related to the peculiarities and differences in the physical body of different people. Each person needs to find an individual approach to their own health and observe the main rule of yoga – Ahimsa.

It is necessary to understand that Asanas have not only positive effects, but also a downside.

There are contraindications related to the health of the practitioner. For example: 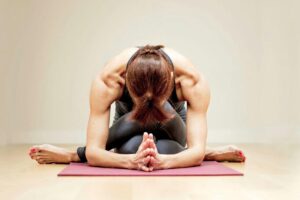 Long static fixations are contraindicated in varicose veins;
Performing Uttanasana and some other Asanas with forward leaning, if there are hernias/protrusions of the lumbar spine (it is important to keep the lumbar spine straight, bend the knees if necessary);
injuries and diseases of knee joints in squatting asanas;
contraindications for performing poses with axial twisting of the back;
acute conditions of intestine and lumbar vertebrae;
Deep bends are undesirable during pregnancy, as they can squeeze the lower abdomen in the early stages, etc.
There are specific goals for different Asan groups. For example: the initial level of practice, the base of the whole practice is standing asanas. A practitioner starts to feel and become aware of his/her body as one. The knowledge of the alignment of the body, the extension of the body in different directions, which is the basis for all subsequent postures. Through practice, stamina increases, and willpower increases (standing asanas require a lot of energy).

Next, the practitioner learns to feel his or her body in space. Learns to properly distribute the weight of the body. At all stages of practice, for a favorable and harmonious work on the body and mind a practitioner is helped by his teacher, who creates a basis for further practice.

In general, in conclusion, we can say that performing Asan has a harmonious effect on development of the body, improves flexibility, restores vitality and health, activates all internal organs and the body in general. But the main importance of Asanas is that they establish a connection between the body and mind, allow you to find unity at the level of the physical and subtle bodies, so that their harmony makes it possible to start moving along the path from physical perfection to the spiritual.