“I don’t understand” and 5 more signs of school stress

“I don’t understand” and 5 more signs of school stress

It has only been two weeks since the start of the school year, but many families are already having difficulties with school including go math grade 2. Tears over homework, morning “I don’t want to go to school”, teacher complaints about the child’s bad behavior … It turns out that almost all school problems – from academic failure to communication difficulties – can be manifestations of school stress. How does it arise and how can you help the child?

For 9 years now, parents have been addressing me with the school problems of their children. Some of them could have been avoided if school was not perceived by most of us as the only possible and absolutely necessary stage in a child’s life. 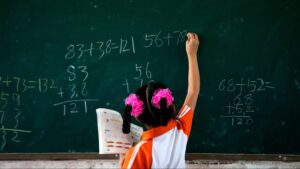 To begin with, I will try to list the most common complaints from parents of schoolchildren:

does not want to study, says “boring”
inattentive, “in the clouds”
low academic performance (generally or in specific subjects) and go math grade 3
hyperactivity
school fears (for example, fear of answering at the blackboard, fear of exams)
problems communicating with peers and teachers (up to bullying)
Problems in school can arise both for “weak” children with developmental difficulties, and for capable and curious ones. Let’s try to look at each problem separately and think about what causes it, and whether such problems can arise with family teaching.

Lack of interest in learning
In fact, behind the boredom and unwillingness to learn, surprisingly, most often lies a feeling of insecurity. Curiosity is inherent in us by nature, but it turns on when we are sure that nothing threatens us. And many factors can carry a sense of threat. For example, unfavorable relations in the family, the tense atmosphere at home – and here, of course, the school has nothing to do with it.

But if we talk about ordinary cases, then most often the feeling of insecurity for the child comes from the threat of being rejected by significant people, and this is mainly the parents and the teacher. The child can see signs of rejection in how these significant people evaluate his school success, and the very fact of the assessment already carries a threat to be rejected. And the need to be accepted and approved is inherent in the child by nature on an instinctive level – this is a guarantee of survival (I depend on an adult – an adult does not accept me – I may be left alone and not survive).

It so happens that parents zealously follow the success and achievements of the child, and then, of course, family education is unlikely to help him soften this burden of responsibility. But in a situation where the parents are more important about how the child learns the world, and not what results he gets, the teacher’s expectations can play a significant role. And even receiving the approval and support of the parents at home, the child will painfully perceive the dissatisfaction with his teacher’s achievements. In such a situation, there is a high likelihood of activating the defense mechanism “I’m bored” or “I don’t like to study” – after all, this is not as vulnerable as “I want to, but I can’t cope” or “I’m afraid to make a mistake.”

Inattention, absent-mindedness
These problems may have neurological underlying causes. But much more often, attention problems in schoolchildren are associated with stress or the lack of an individual approach in mass education of children.

Imagine that you are doing the job and expect that at any moment your boss will call you “on the carpet”, or you really have no idea how to get the job done and how long it might take. At the same time, about 30 colleagues work in the same room with you. Do you think your attention will be as steady and focused as in a quieter environment?

Stress is the factor that forces our brain to devote all its resources to ensuring its safety. A child is much more susceptible to stressful situations, since up to a certain age his brain is not mature enough to make predictions, evaluate his own activities, and imagine in a multifaceted way what he will face in certain circumstances.

An adult is largely responsible for the feeling of stability in a junior pupil. His ability to grab attention, show a sincere benevolent attitude, help navigate, inspire confidence can significantly reduce stress. However, even a good teacher may not always be able to realize this, given the need to take care of each of the thirty students with their own individual characteristics. At home, this approach is much easier to implement.

In addition to the effect of stress, each child has individual characteristics of volume, concentration, attention span. All these features may well fit into the framework of the norm, but not coincide with the parameters that a particular teacher is focused on. So, in my practice there were many children who, in the conditions of our classes, where I took into account their pace of work and maintained an atmosphere of safety, showed excellent results, but at school they continued to be “lagging behind.”

Low academic performance
A child can perform poorly both in individual subjects and in the entire study as a whole. The first, as a rule, may indicate the immaturity of certain areas of the brain. For example, problems with mathematics may indicate the immaturity of the structures responsible for spatial representations. Also, problems with any subject may indicate difficulty in contacting the child with teachers teaching those particular subjects. So, with a directive teacher, a child can make a large number of mistakes due to stress (fear of disapproval) or simply go into negativism, lose interest in the subject.

Family learning can obviously help reduce stress, as well as build an educational route that takes into account the child’s other difficulties and maintains cognitive interest. But all this, I repeat, is possible if the parents do not put the achievement of the child at the forefront, because parental non-judgmental acceptance is important to the child, like no one else.

Hyperactivity
This problem is often associated with attention deficit disorder and can also have a neurological basis. However, often even doctors put this diagnosis “by eye”, not to mention teachers, kindergarten teachers and the rest of the environment, which in a similar way reacts to an excessively, in their opinion, an active child.

Meanwhile, the reasons for increased activity, restlessness, motor restlessness can be different, including all the same stress, anxiety, sensitivity. Even in the case of true hyperactivity, getting rid of such factors as being in a large group, the need to endure several forty-minute lessons a day, an excess of evaluative attitude, can mitigate its manifestations, contributing to relaxation of both the body and the psyche.

School fears
At home, the child will at least not be called to the blackboard – this is already expensive for an anxious or sensitive child. Of course, few people will be able to avoid exams even with family schooling, but with acceptance and support from parents and no need to deal with evaluative attitudes on a daily basis, coping with the stress of exams is much easier.

Moreover, with age, it becomes easier to cope with stress due to the development of the ability to integrate different thoughts and feelings, and not fall under the dominion of one strong feeling (anxiety, fear). And this is our answer to the dumb question of how a child will cope with the exam situation at an older age, if he does not receive such an experience in childhood.

I would like to speak separately about evaluative perception. It is often believed that only negative assessments can harm a child, his ability for creative self-realization. In the meantime, positive ratings, such as “well done”, “smartest / diligent / diligent” and the like, can equally rob a child of creativity and curiosity.

Just the very fact that you are accepted for a reason, because you exist, but only under certain conditions (if you study well / obey / get A’s), can lead the child to an unconscious conclusion: if I do not meet the conditions put forward, I will not accept (and further, according to the scenario described above, we come to “I will not survive”). This is especially true for anxious children. That is why school fears appear among excellent students no less often than among poor students.

So, in order to communicate well with other people, it is important to be aware of the boundaries – both of other people and your own. For harmonious communication, it is necessary to be able to be together with others, while not dissolving in this unity, but preserving oneself as a separate person. 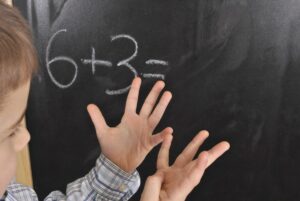 The younger the child, the less opportunities he has to do this. He probes his boundaries gradually, starting from the very birth, gradually discovering his separateness from the world, his influence on himself and the ability to influence it. By the beginning of schooling, the child is already quite familiar with their boundaries. He notices many of the signals of his body and understands what to do with them, knows that people do not always want what he does, and that they cannot be forced to do this. To a certain extent, he can resist someone else’s coercion or agree to fulfill the demand and requests.

However, as mentioned above, the ability to integrate feelings is not yet sufficiently developed, so the child can easily forget his knowledge of boundaries under the influence of strong emotions. Under the influence of anxiety, fear (fear of evaluation, for example), the child can behave in a paradoxical way, for example, violating discipline in the classroom, manifesting himself as a “problematic”.

Likewise, under the influence of strong emotion, the child may stop defending his boundaries and agree to do what he does not want to do. Perhaps it will even be an assignment in the lesson, but along with the completion of this assignment, the child will also receive the experience that doing work out of fear is normal and correct. And such victim behavior will be the same violation of communication as conflict, but in this case it will not be the external side of communication that will be violated, but the internal one – the lack of self-care and respect for one’s own boundaries in communicating with others.

School or family education
Summing up, I would like to say that not every school has such a detrimental effect on children as described in some of the examples of this article. There are very good receiving teachers, small classes, and intelligent teaching systems that take into account the individual characteristics of the child.

Moreover, family education does not guarantee the absence of the above typical school problems. It is not easy to give a child unconditional non-judgmental acceptance, to maintain composure with, say, a hyperactive child, and not to succumb to strong emotions, even with a more mature nervous system. In addition to the interests and needs of the child, there are also the interests and needs of the parent, and it is not always easy to combine them.

And then you have to make a choice. We hope that this text will help you make a more conscious choice, relying on knowledge about the emotional development of the child, relying on your own intuition, which can tell you what will be better for your child, and most importantly – without relying on the unreliable mythical collective “must “. You can decide for yourself whether it is your child who really needs school, or whether your “should” will look different.